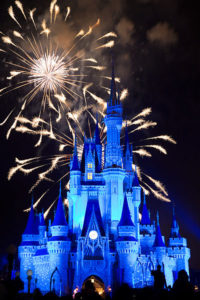 A video of the London Symphony Orchestra playing John Williams’ rousing music created for the attractions as Star Wars fans are taken on a brief tour of Galaxy’s Edge. The video includes incredible sweeping aerial shots that reveal how construction is progressing.
The new Disney video reveals what one of the settlements inside, called Black Spire Outpost, will look like.

The two signature attractions of the ‘lands’ are due to open next year. Star Wars Galaxy’s Edge will open in Disneyland in California next summer and at Walt Disney World in Florida next autumn.

Fans of the movies are offered panoramic shots from above showing how jagged mountains and villages are being built. Disney guests are able to go behind the controls of the most famous ship, Millennium Falcon, in the movie franchise in one of three unique flight crew roles.

Meanwhile on Star Wars, Rise of the Resistance, guests are put in the middle of an epic battle between the Resistance and the First Order.