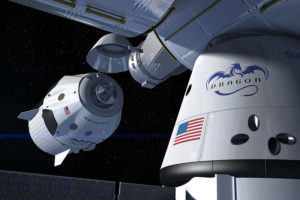 SpaceX is another step closer to crewed flight.

The private spaceflight company SpaceX installed an astronaut walkway at Launch Pad 39A at NASA’s Kennedy Space Center in Florida last Monday. The walkway will allow astronauts to get from the launch tower to SpaceX’s Crew Dragon spaceship, which will sit atop SpaceX’s 230-foot-tall (70 meters) Falcon 9 rocket.

The 85-foot-long arm was delivered to the base of the Pad 39A at Kennedy Space Center on August 15. Five days later, it was raised by crane 265 feet above sea level, and there it was mounted to the space shuttle tower. END_OF_DOCUMENT_TOKEN_TO_BE_REPLACED