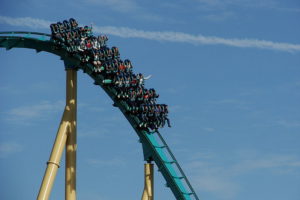 SeaWorld has just completed the makeover of its 17-year-old roller coaster.
Kraken is the first major ride in Florida to add the high-tech option of virtual reality goggles. Although it is a major makeover for the coaster, it doesn’t involve any changes to the track.
The renovated coaster is getting a new name, Kraken Unleashed. SeaWorld gives its guests the feeling of simulated reality through technology that projects an undersea showdown with the ride’s namesake monster.
SeaWorld’s oldest coaster has been closed for two months. The park got virtual reality equipment installed, and reopened last Friday as the first major Florida theme park with a virtual reality plug-in. END_OF_DOCUMENT_TOKEN_TO_BE_REPLACED 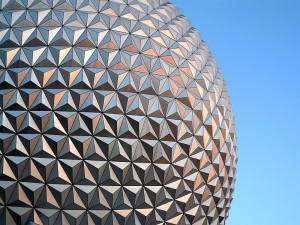 A new report shows attendance at Disney Parks is down for the first time in a decade. Increased ticket prices led to the decline in attendance.
Last year, Magic Kingdom in Orlando topped the list of most visited theme parks around the globe with more than 20.3 million visitors. Moreover, Epcot, Animal Kingdom, and Hollywood Studios also made it in the Top 10.
Attendance at Disney theme parks declined worldwide for the first time in at least a decade, according to recent reports. Disney’s other theme parks posted attendance declines compared with the previous year. END_OF_DOCUMENT_TOKEN_TO_BE_REPLACED 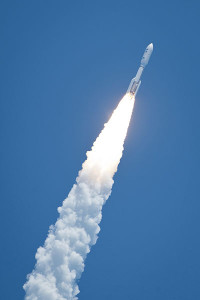 The company is making history again- for the first time, SpaceX reuses one of its Dragon cargo capsules.
This evening, SpaceX is launching another one of its Falcon 9 rockets. It is the 100th launch from Launch Pad 39A at Kennedy Space Center, Florida and the spacecraft is sending cargo and supplies to the International Space Station for NASA.
However, this will be the first time that SpaceX will send a once-used cargo spacecraft. The Dragon cargo capsule launching tonight was first used to deliver supplies to the International Space Station in 2014. The Dragon stayed about a month at the station then landed with the help of parachutes in the Pacific Ocean. Afterward, it was inspected and refurbished by Space X. A few components have been swapped out, mostly those that came in contact with sea water when the spacecraft splashed down into the ocean. Moreover, a new heat shield was added.
END_OF_DOCUMENT_TOKEN_TO_BE_REPLACED