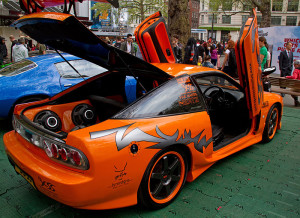 An all-new ride, based on Universal Pictures’ huge Fast and the Furious franchise, will be coming to Universal Orlando Resort in 2017, Universal confirmed officially via its blog on Tuesday.

The ride is called Fast & Furious: Supercharged, and is similar to the attraction using the same name at Universal Studios Hollywood whichopened earlier this year. Fast & Furious: Supercharged opened as part of the iconic Tram Tour at Universal Studios Hollywood, California in June and at a grand-opening event, actress Michelle Rodriguez is rumored to mention a future ride in Orlando. It is a common industry practice to have similar attractions at other theme parks, though. END_OF_DOCUMENT_TOKEN_TO_BE_REPLACED 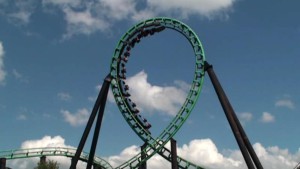 Roller coasters are all about crazy heights and out-of-control speed. The companies struggle to build the fastest, the tallest or the longest roller coaster and most of all the scariest one. See here just how tall a roller coaster can get nowadays.

Disney has recently unveiled its plans to build two enormous Star Wars lands in Florida’s Disney World and Anaheim, California’s Disneyland, marking the biggest expansion in the theme park’s history. The announcement was made by Disney chief executive and chairman Bob Iger at the annual D23 Exposition in Anaheim, California before 7,500 Star War fans.

Each park will be 14 acres and will include sensor features to give visitors an ‘immersive’ experience. The lands will be populated with actors playing aliens, droids and many other creatures from the Star Wars world.

The authentic Star War’s lands will feature a new planet from George Lucas’ sci-fi intergalactic universe.  Two new rides will be introduced, including one where participants will be able to board and take control of one of the most recognizable ships in the galaxy- Millennium Falcon END_OF_DOCUMENT_TOKEN_TO_BE_REPLACED

After the two incidents, the officials from Transportation Security Administration released a reminder to parents to check their kids’ luggage while packing and before leaving to the airport.

Earlier this week, Thursday, Aug. 7, 2015, a 12-year-old boy caused panic at Jacksonville International Airport when security officers found a grenade during an inspection of his hand luggage. The agents made the shocking discovery while the boy and his parents were going through a checkpoint.

The grenade was later determined END_OF_DOCUMENT_TOKEN_TO_BE_REPLACED 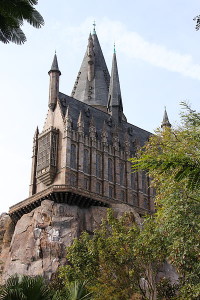 Harry Potter and the Forbidden Journey at Universal Studios Japan is clearly one of most popular rides and it is getting even more popular after the ride has been turned into a 3D attraction.

The Wizarding World of Harry Potter opened at Universal Studios Japan not even one year ago and it is already seeing changes. The ride that opened last summer has drawn in record crowds to the park since then and with 11 million visitors a year, it got Universal’s most popular by attendance.

The theme park in Osaka unveiled its upgraded Harry Potter ride with three-dimensional effects at a special ceremony only two months ago, making it the first of the two existing Hogwarts Castle ride in 3D. The other is at Universal Orlando and there is no information if its version will see the 3D conversion as well. END_OF_DOCUMENT_TOKEN_TO_BE_REPLACED