Universal Orlando opened a brand new resort on March 31. Cabana Bay Beach Resort will be the fourth on-site hotel at Universal Orlando Resort. The hotel features a retro Googie style and its look evokes the beach resorts from the late 1950s and 60s. The new pearl of Universal Orlando consists of five similar looking structures with their names inscribed on top of each. END_OF_DOCUMENT_TOKEN_TO_BE_REPLACED 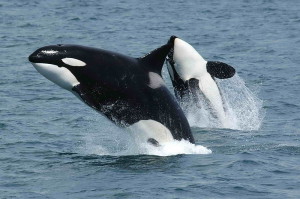 SeaWorld San Diego could be forced to stop its killer whale shows by a California bill that would ban using orcas in performances, keeping them in captivity, end breeding programs, as well as the import and export of the animals. Similar bills are proposed by activists in Florida and Texas where SeaWorld has theme parks. The bill was inspired by the documentary “Blackfish”, a Magnolia Pictures production. The film recalls the death of a SeaWorld trainer caused by a 12,000-pound killer whale in Orlando in February, 2010. END_OF_DOCUMENT_TOKEN_TO_BE_REPLACED