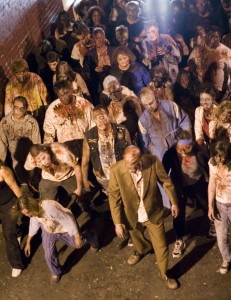 The Walking Dead attraction is coming permenantly to Universal Studios Hollywood and maybe soon to Orlando.

Universal Studios Hollywood announced a brand new attraction: The Walking Dead. Following three years of seasonal Walking Dead mazes, that became widely popular as part of the park’s annual Halloween Horror Nights, the television series will come to life as a permanent, immersive walk- through attraction. The attraction is scheduled to open later this year. It is described as ‘a new year-round attraction’ that will put guests into the walker-filled world of ‘the walking dead’ in various scenarios of the TV show. Guests will walk through different settings from the series all while trying to elude the zombie-like walkers. The attraction will be using both live performers and animatronics, as well as some of the most iconic scenes and environments. END_OF_DOCUMENT_TOKEN_TO_BE_REPLACED 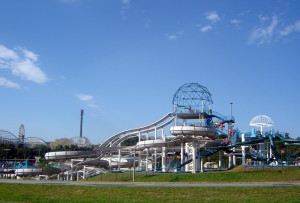 This Sunday, March 13th, Wet’n Wild, the long-standing International Drive water park, is celebrating its 39th birthday with a one-day discount. Tickets today are being sold for only $19.77, a reference to 1977 – the year that Wet’n Wild opened. Read more on the topic here.