A computer error allowed many pilots at American Airlines to take a vacation over Christmas week. Thousands of flights would be left without pilots during the busy holiday travel period next month.

The scheduling glitch that has allowed American Airlines pilots to schedule time off during the upcoming Christmas season, would create a potential pilot shortage for one of the busiest holidays in years for the airline industry.
Thousands of flights are without pilots for next month, said American Airlines’ pilots’ union.
More than 15,000 flights, from December 17-31 – an upcoming critical holiday period, are at risk after a computer glitch.
The union estimated that some of the flights at some of American Airlines’ biggest hubs will be affected, including Dallas-Fort Worth, Miami, New York, Boston, Philadelphia, Chicago, Salt Lake City, and Charlotte, NC. END_OF_DOCUMENT_TOKEN_TO_BE_REPLACED 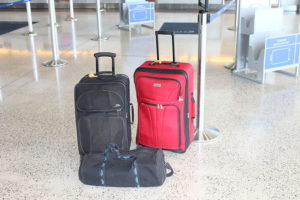 Panic and delays at Orlando International Airport on Friday, November 10, 2017. Thousands of travelers experienced hours of waiting at security checkpoints.

A lithium camera battery overheated and exploded in the main terminal, causing people to panic and the airport to be evacuated. The incident sparked hysteria among passengers.

The explosion happened at 5 p.m. and shortly after the incident, all flights were grounded. Travelers were ordered to disembark planes and those waiting at their gates were forced to pass through TSA security screening again. Hours later, standing in slow-moving lines, annoyed travelers clogged all the terminals.

After the incident, travelers posted on Twitter and other social media that they had fled the airport and feared for their lives. It was said that at least 10 bomb-sniffing dogs were brought into the terminal.

Orlando Police Department posted a message on Twitter denouncing any danger. According to the authorities, there was “no danger to the public” and “NO shots had been fired”.

Airport spokesman Rod Johnson announced the noise was reported in front of the security checkpoint for Gates 1-59. A full ground-stop was issued at 5:30 p.m. and lasted until 9 p.m., said Phil Brown, CEO of the Greater Orlando Aviation Authority. Both terminals A and B were evacuated, and all trams were stopped temporarily. The security checkpoints had to remain closed while the incident was investigated by the authorities. All gates reopened to travelers by 8:45 p.m.