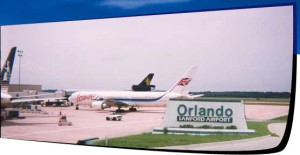 More than 2 million people passed through Orlando Sanford International Airport Last year. And more accurate – a total of 2,033,620 passengers breaking the record of record of 1,840,453 set in 2008. Airport officials announced the statistics on Monday and are predicting an even better year in 2014, when they expect passenger traffic to surpass 2.2 million. END_OF_DOCUMENT_TOKEN_TO_BE_REPLACED

A major snowstorm dumped more than a foot of snow in cities across the north-east US early Friday morning, causing thousands of flight cancellations, school closures and paralyzing road travel. Though weather in Orlando stays calm, this causes serious problems for people traveling to and from Midwest and northeast parts of the country. Flights to other parts of the country also were delayed as the effects of the storm rippled through the nation’s airline system. On Thursday U.S. airlines canceled more than 2,300 flights due to snowfall and low visibility. There are currently no flights in or out of John F Kennedy International Airport, according to the airport’s website. Fliers are recommended to check with their individual airlines for an update on flight status. The terminals remain open. La Guardia and Newark airports are experiencing heavy delays. 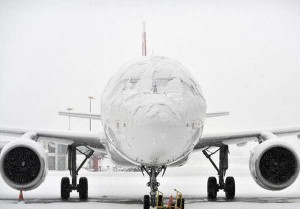 As of Friday morning, nearly 40 flights to and from Orlando were reported canceled or delayed, according to a flight tracking service on the airport’s website. END_OF_DOCUMENT_TOKEN_TO_BE_REPLACED