SpaceX launched the first reusable orbital rocket into space and then landed it on Earth Thursday.

In another historic first, SpaceX successfully re-launched one of its Falcon 9 reusable rockets into space and then landed the 224-foot-tall booster on a barge in the Atlantic Ocean safely.

The milestone occurred on March 30 and marked the first time in the spaceflight history that the same rocket has been used on two separate missions to orbit.
The Falcon 9 successfully launched a satellite toward orbit, 22,000 miles into space, delivered a telecom satellite to a Geostationary Transfer Orbit END_OF_DOCUMENT_TOKEN_TO_BE_REPLACED 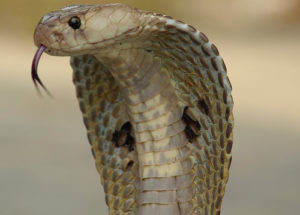 Police and wildlife officials said an Ocala neighborhood should be on alert after a venomous cobra escaped from a home Monday night.
Authorities continue to search for the two-foot-long, monocled cobra that escaped from its owner’s home Monday in Ocala, 70 miles northwest of Orlando. The cobra was reported missing by its owner Brian Purdy around 11:15 pm Monday. Purdy has a venomous reptile permit. He was training another man to handle the cobra when it escaped around 9 pm.