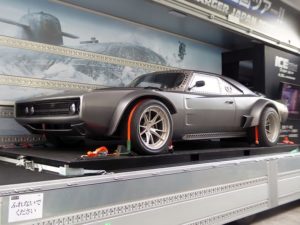 The new attraction will feature the iconic Dodge Charger owned by the character of Dom, played by Vin Diesel. The vehicle is currently parked in front of the Fast and Furious family’s new headquarters. Also, guests will see for the first time, Letty’s Turbo Truck, a silver, sleek-looking cab, the vehicle created especially for the park’s ride.

Once riders enter the ride, they become a part of a special mission. After they read the instructions written on Tej’s high-tech War Room walls, the guests are ready for a 3-D adventure.

The attraction will also feature a new virtual line system where guests can avoid wait times by selecting a specific time before getting on the ride through the Official Universal Orlando Mobile Application or at a kiosk located by the entrance.

With no exact opening date of this new Fast & Furious experience, fans just have to halt their need for speed.