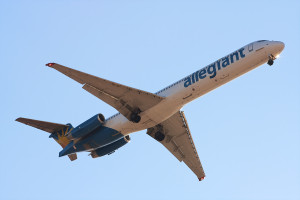 A computer error allowed many pilots at American Airlines to take a vacation over Christmas week. Thousands of flights would be left without pilots during the busy holiday travel period next month.

The scheduling glitch that has allowed American Airlines pilots to schedule time off during the upcoming Christmas season, would create a potential pilot shortage for one of the busiest holidays in years for the airline industry.
Thousands of flights are without pilots for next month, said American Airlines’ pilots’ union.
More than 15,000 flights, from December 17-31 – an upcoming critical holiday period, are at risk after a computer glitch.
The union estimated that some of the flights at some of American Airlines’ biggest hubs will be affected, including Dallas-Fort Worth, Miami, New York, Boston, Philadelphia, Chicago, Salt Lake City, and Charlotte, NC.

The Allied Pilots Association, the union that represents American Airlines pilots, sent a message to its 15,000 members on Tuesday. The message said that last Friday, the management of the largest U.S. carrier, disclosed a failure within the pilot schedule system. For this reason, thousands of flights currently do not have pilots assigned to fly them during the critical holiday travel period. According to American Airlines spokesman Matt Miller, the airline’s employees “are working diligently to address the issue” and will try to avoid cancellations this holiday season. The airline spokesman said American Airlines is currently offering pilots 150 percent of hourly pay to work those dates.