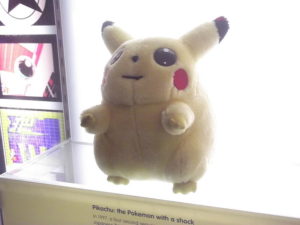 A Florida man fired at two teenage Pokémon Go players on Saturday, mistaking them for burglars.

Pokemon Go, the application that allow you to catch Pokemon in real location, is currently all the rage all over the world.

Orlando police said a man fired at two teenage Pokémon Go players very early on Saturday morning, after he had mistaken them for thieves looking for a house to rob.

The two teens, 19 and 16, were searching for a Marowak and Tauros, when they parked in front of 41 Primrose Lane in Palm Coast. The homeowner, Michael Pagliro, 41, was awaken by a loud noise coming from outside of his home around 1:30 a.m. He looked outside and saw the teens’ car, armed himself with a handgun and went outside to investigate. The shooter believed they were criminals and thought they had just robbed him as while approaching the car, he heard: “Did you get anything?” The man stepped in front of the car, raised the weapon and ordered them not to move. Later, the man claimed the vehicle sped toward him; he moved out of its way and fired shots at the car.

When the teens got home they decided not to report the incident, as no one was hurt and they thought that the man wanted only to scare them.

The next morning, it was found out that the car had a flat tire and several bullet holes and the mother of one of the teens called the police.

Deputies are currently investigating the incident.